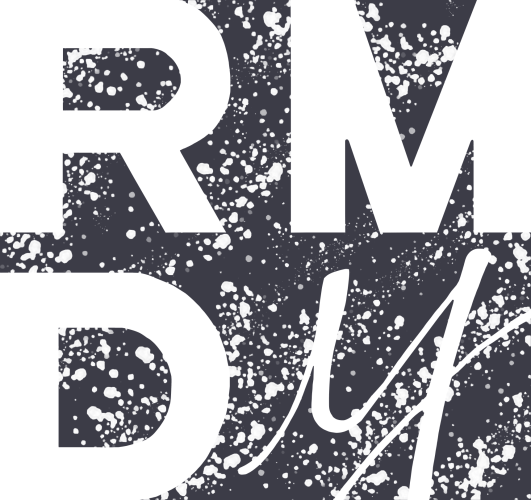 As I stepped outside for the first time this morning, I walked out to my various garden spots and peered past the coming buds and waning plants to spy some clovers which I quickly pluck out of the cool earth. I walk, sometimes with my coffee, around to each area of growth and take a moment to do this EVERY DAY.

If you can’t tell, this post is ALSO about gardening and our yard. Weeding is a necessary side hobby to gardening and I choose my time wisely in our backyard, which I absolutely LOVE! As an athlete, some of my best weeding sessions are after a long run or bike ride. I enjoy the sun, and moving slowly around my yard with music maybe, my kids playing around me, and maybe even a cold beverage. This helps me recover from my efforts as I keep moving (albeit slowly) instead of sitting post effort which sometimes makes me feel stiff. For some it might seem counter intuitive, for me, it works like magic!

I don’t dislike weeds per say, sometimes some of the prettiest wild flowers are also considered to be a weed. They do need to be watched and contained, as these plants are invasive and they will take over. Weeds may have a bloom or two that you enjoy but this is the deception of the WEED. Take the dandelion for example, once its pretty yellow flower goes, there are hundreds of little white threadlike seeds flying everywhere – from ONE PLANT. This is how the plant gets its pesky moniker of being invasive – it INVADES.

Many perennial (plants that come back every year) plants grow slowly, sometimes expanding by dropped seeds (wild flowers, hollyhocks). sometimes by tuberous roots that shoot out for more plants every season (think of lilies of the valley or hostas). Weeds are often more productive than this – with their cute little flowers deviously seeding the area around them with their babies at a much higher rate. I am generalizing this, yes, some perennials grow or spread very quickly and some weeds are slow movers – ferns for example, will go nuts if you let them and don’t get me started on MINT! You can research each plant as you find it and decide on your own what you are dealing with!

When you are purchasing a new home – if it has existing gardens, you might need to wait for a year as each season unfolds new plants for you. I discovered a crocus randomly in one area of my garden – ONE. And the next week, it was gone and replaced by virgina bluebells ! Perennials bloom throughout the seasons so you never know when things are going to pop out of the round. Knowing WHAT you have and removing what you DON’T WANT are important so IDENTIFYING and KILLING are important skills to have.

Weeding is basically killing plants are a part of a daily process that can be done foolishly or productively. You have to be mindful of what you pick and what you pull or kill. Without getting into weed killers or your choice of pesticides, strategically using one might be necessary if things get out of control, and they do – QUICKLY. Spraying weed killer is effective also since it kills the root of the plant and allows for easier cleaning of an area helping to curb future growth. Weeding can take hours at a time, or moments – depending on how often you do it and how much rain there is. Just like your grass growing quickly after a period of rain, your non wanted plant situation can also get a move on as well. As I mentioned in my previous post, WATERING is the most crucial part of growing plants you do want so if you get a few extra sprinkles in the summer, the weeds will follow! This also reminds me why I only spray weed killer directly on the plants I know are unwanted. If you mass spray an area, you don’t know what you might be killing. More on perennials later. There are also preventative measures like Preen – it’s a granule that can be spread on an area to keep weeds down – used after weeds have been picked and the area is generally clear of unwanted plants. This is not a large plant weed killer its a weed preventer. You can also use mulch to keep weeds back and you should definitely research this (where the mulch is from, what its made from, etc. – not all mulch is created equally!).

Below I cleared an area to throw some Zinnia seeds – but first – gotta clear those weeds!

Back to your yard – you will have to pay attention to the types of plants growing there. I have a few ways of learning which plants to pull and which to leave be. First and foremost, I had a walk around with friends and family, my grandmother notably telling me to “pull this or leave that” as we pursued my newly acquired parcel of land last year. The other item of cleverness is an app called “picture this” which I downloaded to help me identify wild flowers that I planted last fall. (Yes, I planted seeds in November that didn’t bloom until MAY/JUNE of the next year!) It uses A.I. to identify leaves of plants and can let you know if it is a weed or not in some cases! As you can see above, I identified my crocus and blue bells with this app and happily subscribed for the season to figure out what the heck is in my garden!

In one area of my yard, there was a “crop” of plants growing that I couldn’t recognize and had no flower. Looking back through pictures, I realize that this whole area started off as bare and I just didn’t pay attention to it at all. Considering the fact that I moved in during a polar vortex and ice storm, its understandable I had my hands full with unpacking. If you look at the pictures above, the Garden area to the right of my Mom and aunt is barely growing – THAT was EASTER. I couldn’t get to this area until after Memorial day at which point the growth was almost to my waist and had an area of about 20 square feet. That’s the top picture large bushy area in front of the pretty rose bush and the bottom two are close up are the leaves of this dumb plant.

That’s when decided I had enough and spent hours pulling quite a few of them. These plants were tuberous which means they had roots that shot out sideways and boy was there a network of ROOTS!! Pulling these required some work since the roots were tough and sometimes would break if not pulled close enough to the ground. When I was 1/3 of the way through I found 3 rose plants, and TWO hydrangeas that had been hidden by this invader. I felt so foolish that these plants were being choked off because I let it grow unattended and at this point my hands were cramping from pulling the dang things. The rest of the crappy crop of mugwort – according to PictureThis, I sprayed with weed killer and called it a day. A week later, I had a bunch of dead weeds that were easier to pull and discovered more hidden ferns, roses, and hydrangeas. I realize now that this weed grew and took over the entire area during spring. ONE SEASON OF GROWTH. Also, note that I sprayed the unwanted mugwort and left it – sometimes this process takes weeks and or months to rehab an area – when all was said and done, I was able to save one rose and both hydrangeas! It takes patience and focus so don’t lose hope but be smart about your efforts!

A note about hostas and perennials – before purchasing these plants – ask your neighbors or family if they have any they need to thin out! Most of the time they will say yes if they have some over growth and they might even be happy to dig them out for you! You can also show up with a shovel (but make sure they know why to alert neighbors so there isn’t a slew of 911 calls for a shovel stranger) and help dig them out – a little sweat is great payment for some plants!

This isn’t limited to hostas, there are SO MANY PERENNIALS that can be shared from generation to generation, peonies, beebalm, rose of sharon, etc. and asking this question is often a ticket to a good conversation while walking someone’s beautiful yard!

Another area of my yard was shaded and weedy to the max as well, a wild area that needed some tending. In early spring this year, my 2nd spring here, I got around to splitting all of my over grown hostas. Hostas grow alarmingly quick and can have pretty sweet smelling blossoms when they have room to breath. I cut my plants by HALF and used many of them in the wild area in the back! My rule of thumb is to dig a hole 2x as wide and 2x as deep as the roots and then moved the dirt back and forth between the areas as needed. (When I dug a hole on one side to remove a plant, I would replace it with the dirt I dug up to plant it.) Once these plants were planted – I WATERED THEM. Early spring is a great time to transplant as the rains also help and most plants aren’t far enough along to be shocked by the move.

This year I also thinned out quite a few hydrangeas – the tall bush like flowers are one of my faves as I LOVE GREEN and WHITE flowers! These were added to the transplant list in the back of my yard as well and given the same treatment as the hostas.

Once all of these plants grew, they kept new weeds from establishing! Yes, if you have a large partly shady or partly sunny or ALL shady area (do you see where I am going with this??? Hostas and Hydrangea can pretty much go anywhere) you can plant these plants and naturally keep weeds away! There still might be a stray here or there, but all in all this area is neat and clean now that the new plants have taken root!

So there you have it! This is how I control weeds in my back yard. Daily picking in addition to hours long expeditions and crawling on all fours. Sometimes you spend a few hours on an area to find wild strawberries spread all over the next week and have to start again! Don’t forget that sometimes wanted plants, like lilies of the valley, grow like weeds too – its a saying for a reason! If these get out of control, you will have to pull them or split them to keep them in line!

Do you have tried and true methods of keeping the weeds at bay? Let me know!

2 thoughts on “Weeding for the Win”